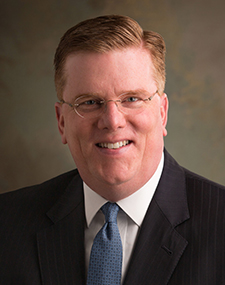 In June 2020, Boyd Craig was appointed the Inaugural Stephen R. Covey Endowed Professor of Leadership in the Huntsman School of Business at Utah State University. He and his fellow appointee, Lord Dr. Michael Hastings, Baron of Scarisbrick, CBE, team-teach the course, “Leading in a World of Constant Change: The Power of Principle-Centered Leadership” and they regularly lead groups of Huntsman students on global leadership experiences. Boyd is also founding vice chairman of the Huntsman School’s Stephen R. Covey Leadership Center.

Boyd is the founder, chairman, and CEO of Leader.org, a non-profit foundation that develops vital leadership and life skills in the world’s underserved children and youth. Over the last decade, his foundation's transformative work in public education has brought The Leader in Me process to nearly a million students in poverty.

For nearly a quarter-century, Boyd served as partner to the late Stephen R. Covey, renowned leadership authority, speaker, and author of the international bestseller, The 7 Habits of Highly Effective People. He collaborated with Dr. Covey in producing ten books and scores of articles on leadership and ran his global leadership consulting business. In addition to serving as head of Franklin Covey Co.'s Stephen R. Covey Group, Boyd became one of the architects and leaders of its education practice and served as vice president of higher education.

Boyd and his wife, Michelle Daines Craig, have three children and nine grandchildren.