For Ryan Stowers, learning and freedom are one and the same.

Whether he’s describing his childhood in rural Cache Valley, his two years in Hungary after the Iron Curtain collapsed, his time as a student at USU, or his career in philanthropy, it all comes back to this theme:

Learning opens pathways to freedom, and freedom to learn is the freedom to discover your purpose and potential.

Stowers, the oldest of seven children, grew up at the mouth of Black Smith Fork Canyon in Nibley, Utah. “There was a lot of trust,” he says of his rural childhood. “We had a lot of freedom to explore and learn by doing and by experience.” But that freedom came with responsibility.

“On Saturdays, we couldn’t leave until all the weeds were gone from the garden,” he says with a chuckle. “And the horses had to be fed every day, rain or blizzard or whatever.”

Even more important was the responsibility to help other people. Stowers learned this by watching his parents. “My mother was a pediatric nurse for 40+ years,” he says as he describes her deep compassion and incredible example. “She helped thousands of children and saved a lot of lives.”

His father was the Northern Utah Director for Deseret Industries (DI), which gives job training and experience to people in difficult situations. “He was very passionate about helping people who were struggling to get on their feet and find new direction in life,” says Stowers.

As a young man, Stowers wanted to go into medicine like his mother, but two experiences led him to a different path. First, he served a mission for the Church of Jesus Christ of Latter-day Saints in Hungary after the fall of the Soviet Union. Second, he attended Utah State University where he found mentors that cultivated an environment of intellectual and personal discovery.
On his mission, Stowers began to understand the power of ideas and how they shape culture, government, and policy. “I was there in the early 90s,” he says. “I saw the power of individual freedom and how governments and institutions can either promote an individual’s ability to live their life in a way that they choose or suppress it.” 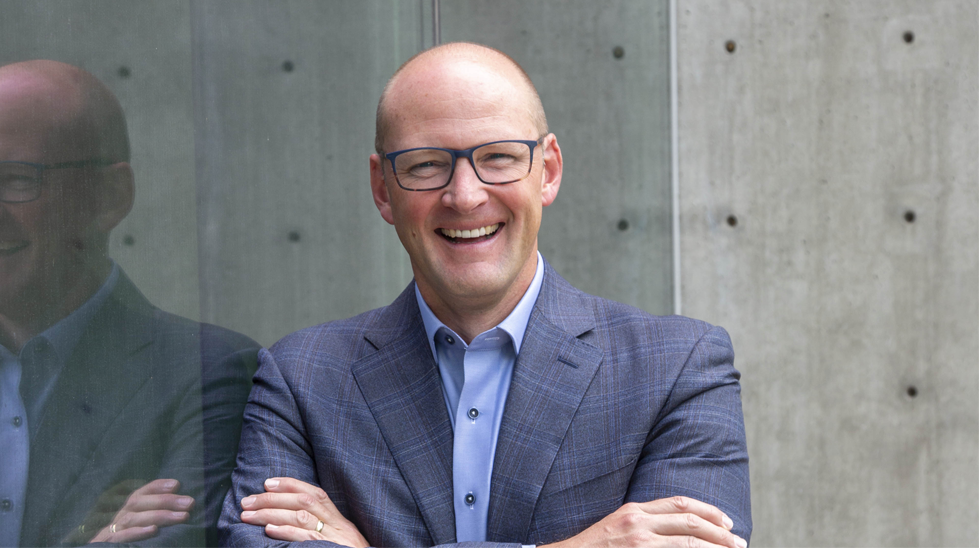 “To see people express themselves politically and religiously for the first time in ways they hadn’t been able to their entire lives was incredible. But I also saw the aftermath of communism and the lives it destroyed.”
“It was all very profound, very formative.”

Later, while attending USU, Stowers slowly began to realize that medicine was a good course for helping people, but not the only course.

“My college experience was exactly what it was meant to be,” he says. “Utah State was a place where ideas come and clash and there’s an open dialogue, where you don’t have to agree with each other to respect each other.”

“For me it was the place where a lot of pivoting occurred—all the questioning and self-discovery in that period of my life that transformed the trajectory of my career pathway.”

He has a long list of mentors, but the one that he keeps coming back to is Randy Simmons, who now teaches political economy in the Huntsman School of Business. “Surprisingly, Randy was one of my baseball coaches when I was younger,” says Stowers, smiling at the memory. “He was always a bit of a contrarian, in a challenging and productive way. He made you think.”

“That’s what attracted me to his courses when I ran into him again on campus. It was his love for this kind of intellectual discovery, of challenging the status quo and thinking through the why instead of just the what.”

Simmons mentored Stowers in his undergraduate degree and helped him get an internship on Capitol Hill working for Orrin Hatch. After graduation, instead of medical school, Stowers began a master’s program with Simmons as his advisor.

“He opened doors that helped me discover more about myself. He fed my intellectual curiosity,” Stowers says of Simmons.
Stowers is now the Executive Director at the Charles Koch Foundation (CKF) where he has been for seventeen years, promoting the freedom and self-discovery that can come from individualized and lifelong learning. “As a philanthropic organization, we’re focused on catalyzing the kind of action in society that will help all people break through the barriers that are preventing them from reaching their potential,” he explains.

“As good as my college experience was,” Stowers says, “There are millions being left behind. Most of my time now is spent on thinking how the Foundation can help to replicate the kind of empowering experience that I had at Utah State for the millions of people who aren’t being reached with these opportunities in the current post-secondary education system.”

Stowers and his wife, Rebecca, have four children. “Being a dad has reinforced this idea that we are all uniquely so different and have extraordinary potential,” says Stowers. “We’re trying to help our children identify who they are and gain life experiences that will build confidence and expose them to things they are passionate about.”

His advice for USU students: “Pause and be introspective. Challenge all of your assumptions about yourself and the pathways you think are right for you. Figure out who you are, what your strengths are, what your weaknesses are, and what makes you excited about life. Then make sure your education and career choices are grounded in that knowledge.”