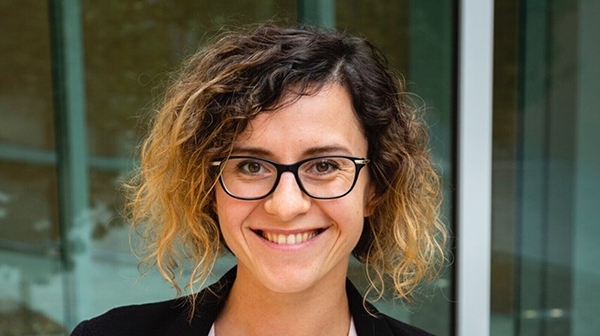 Dr. Katarzyna Bilicka, an assistant professor of economics at Utah State University’s Jon M. Huntsman School of Business, has been appointed a Faculty Research Fellow of the National Bureau of Economic Research (NBER).

“This is a singular honor in the economics profession,” said Huntsman School Dean Douglas D. Anderson, “but for a young scholar like Kat, it is simply extraordinary.”

The NBER, a private nonprofit organization based in Cambridge, Massachusetts, is comprised of nearly 1,600 leading economics researchers at North American colleges and universities. Thirty-two current and former NBER affiliates have been awarded the Nobel Prize in Economic Sciences, and 13 have chaired the President’s Council of Economic Advisers. The organization conducts and disseminates more than 1,200 working papers each year to academics, the general public, and public and private-sector decision makers, and convenes more than 120 scholarly conferences annually.

Dr. Bilicka was nominated and selected for the NBER’s Public Economics program in a highly competitive process involving review by program directors and leading scholars in her program area. She was chosen in recognition of her research work and contributions to public economics literature.

“Appointments to NBER are typically concentrated amongst top schools and top scholars in the field,” said Bilicka, “which for Huntsman School means that our faculty and institution are continuing to be recognized for our research contributions.”

Dr. Bilicka’s research focuses on public economics, public finance and applied microeconomics, with a focus on corporate tax avoidance of multinational firms. Prior to joining the Huntsman School faculty in 2018, she obtained a PhD (DPhil) in June 2017 from the University of Oxford and Nuffield College. She holds a Bachelor’s degree in Mathematics and Economics and a Master’s degree in International Financial Economics, both from the University of Warwick. In addition to the NBER Faculty Research Fellow appointment, Dr. Bilicka is also an International Research Fellow at the Oxford University Centre for Business Taxation (CBT), a Research Affiliate for Centre for Economic Policy Research, and a CESifo Research Network Affiliate.