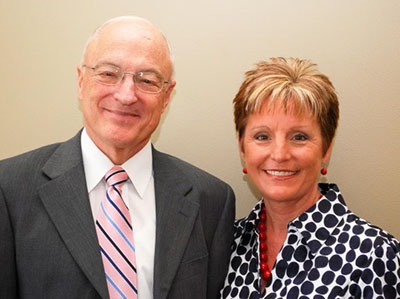 The gift will be used to create the Dr. Philip R. Swensen Endowed Professor of Finance at the Huntsman School, named in honor of the late Dr. Swensen, a former professor of finance at Utah State University who would have been 78 on October 24th. The donation will be matched by the Huntsman Foundation through the Huntsman Fund for Faculty Excellence, a permanent endowment at the business school.

During his 32 years as a professor of business and finance at Utah State, Dr. Swensen taught an estimated 15,000 students. He was also an investment advisor and was appointed to various boards of directors in the private sector. He was known for his expertise in finance and investing as well as his aptitude for teaching, but also for remembering students by name and taking a personal interest in their lives. 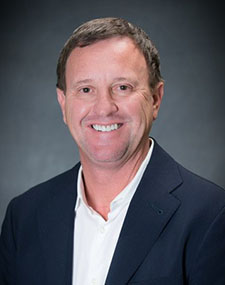 Dr. Swensen mentored Blake Kirby, now Managing Director at Bandon Holdings, as a student and over the course of his career. When Kirby became the co-founder and CEO of Inovar, an Electronics Manufacturing Services company, in 1998, Dr. Swensen took on a formal role as an investor and board member with the company.

“I am forever grateful he took an interest in mentoring me as a young professional,” said Kirby. “My deep relationship with him as a mentor, board member, business partner and friend continued over the years and is one of the greatest blessings in my life. As a business leader, investor, and father, not a day goes by that I don’t utilize the lessons learned from my dear friend Phil. His wisdom will forever be echoing in my ear.”

Kirby expressed profound gratitude for Dr. Swensen’s skill in teaching finance, which gave him the foundation for a successful career. “More importantly,” Kirby said, “Dr. Swensen instilled an intensity for continuous learning and taught me the greatest lesson of all, the confidence to always believe in myself.” 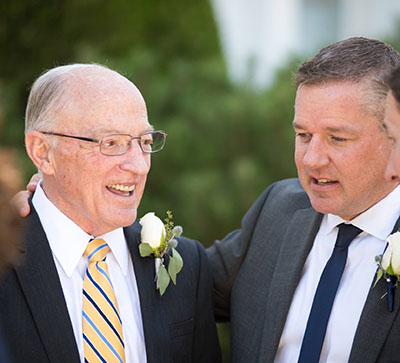 Stephen Swensen, who is Dr. Swensen’s son and an investment advisor in the Salt Lake City area, described his father as “a people person through and through.”

“My dad made everyone who knew him feel like they were his top priority,” Stephen said.

He recollected an instance in which he realized his neighbors had been students of his father many years prior. At a neighborhood get together Stephen made a video call to his father so the neighbors could say hello.

“They had been his students long ago, but he remembered them,” recalled Stephen. “He knew their names, he remembered where they lived and what professions they had gone into.”

The warmth of Dr. Swensen’s influence extended to colleagues, friends, and, especially, his family. Stephen’s 16-year-old son, Taylor, who is named as a contributor of the gift to the Huntsman School, had a special connection with his grandfather. Recently Stephen was helping Taylor transfer data to a new phone and noticed that Taylor had kept all of his grandfather’s texts and voicemail messages. “I knew he and my Dad had a special relationship, but was unaware of the countless texts and voicemails they shared.”

“Phil Swensen is remembered with great affection and appreciation by his colleagues and thousands of Aggie alumni whose mastery of the principles of finance was stimulated by his sparkling wit and wisdom,” said Douglas D. Anderson, dean of the Jon M. Huntsman School of Business. “It is entirely appropriate that we now have an endowed professorship at Utah State University to honor his name and legacy thanks to the generosity of his student, friend, and business partner Blake Kirby, Phil’s own family, and the Huntsman Fund for Faculty Excellence. This is a wonderful gift.” 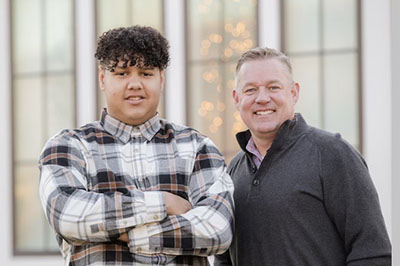 The Dr. Philip R. Swensen Endowed Professorship will help the Huntsman School to attract superior talent to USU and further the school’s mission of developing leaders of distinction in commerce and public affairs. The focus of the Huntsman School is to be an engine of growth for the community, the state, the nation and the world, and to enable students to lead lives of meaning and contribution through its pillars of excellence, which include ethical leadership, entrepreneurial spirit, global vision and analytical rigor. For more information, visit www.huntsman.usu.edu.