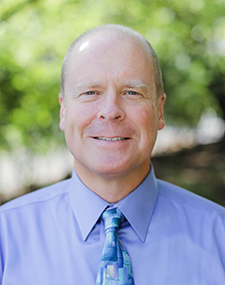 David Herrmann has taught at The Huntsman School of Business at Utah State University for the past 14 years. He has taught Business Management (MGT 3110), Business Strategy (MGT 3890), Entrepreneurship, and New Venture Finance (MGT 3540) on both the undergraduate and graduate level.

David Herrmann has also been active in the study abroad program at the Huntsman School. He was part of the first program to South America in 2007 visiting Chile, Peru, and Brazil. He was the program director of the Asia trip in 2008 putting together a trip to South Korea, China, and Vietnam. He also assisted in the development of the Eastern Europe program in 2009. From 2009-2017 he returned to South America leading that program.

For the last 14 years, Mr. Herrmann has been the primary instructor for the Huntsman School’s MGT 3110 classes. MGT 3110 is a business elective as well as a depth social science (DSS) course. A major component of the course is a group project in which each team of students must design, execute and present on a project. Students must choose to dedicate a minimum number of service hours for a person(s), or an organization, or they may choose to do a fundraiser, of their design, for a legally qualified charity. To date, Mr. Hermann’s classes have performed over 1000 projects within the USU community.

David Herrmann is a harvested and current business owner. He started several companies over the last 25 years. In 2003 he sold his main companies and started at Utah State in 2004. He has done consulting for a number of businesses as well as taught at Universities in Chile and China. He has also co-authored a textbook and multiple case studies. He has his MBA from the Marriot School of Management at BYU.

Mr. Herrmann resides in Smithfield. He has been married to his wife, Melanie for 33 years. They are the parents of five children. David speaks Japanese and a little bit of German and Spanish.