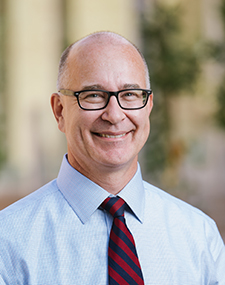 Paul B. Fjeldsted, CFA is a Senior Lecturer in the Economics and Finance Department of the Jon M. Huntsman School of Business at Utah State University. Paul joined the Huntsman School in 2008 after retiring as a managing director of Citigroup Global Markets Inc. where he was responsible for structuring and trading credit derivatives on the emerging markets of Central and South America.

He started his career in 1986 as an analyst at Citibank in New York City, where he worked for two years prior to attending Harvard Business School. He rejoined Citibank in 1990 in New York and in 1991 became a founding member of Citibank's emerging markets derivatives desk. In 1993, he was hired by Salomon Brothers and, with two other colleagues, was responsible for developing the emerging markets business at Salomon, which was subsequently acquired by Citigroup. Until his retirement, he contributed to the establishment of emerging markets credit trading as a core business franchise for Citigroup. Paul became a CFA charterholder in 2011.

Paul served a full-time mission in the Taiwan Taipei mission for the Church of Jesus Christ of Latter-day Saints from 1981 to 1983. He graduated from Utah State University with a bachelor's degree in liberal arts in 1986 and from Harvard Business School in 1990. He met his wife Patricia at USU. They have three children. Their oldest daughter Hannah started at USU in 2007.