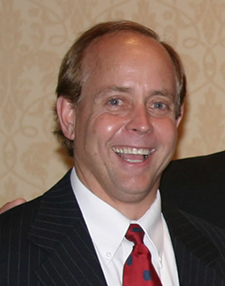 Shaun is a speaker and an instructor for The Shingo Prize and trains companies on the Shingo model and guiding principles, teaching how to apply principle-based leadership to their own operations, and how they can use the assessment tools to foster continuous improvement within their organizations in pursuit of operational excellence.

He has helped with the creation of a lean certification program sponsored by AME, SME, and The Shingo Prize. As an instructor for the Jon M. Huntsman School of Business at Utah State University, Shaun has taught courses in organizational change management, marketing, and introduction to business.

Shaun earned a bachelor’s degree in marketing with a minor in economics from Utah State University in 1984 and an MBA with an emphasis in entrepreneurship in 1999.

Mr. Barker’s professional background in retail management included 14 years of work with Sav-On Drugs, Wal-Mart, and Dollar General. He had P&L responsibility for multi-million dollar operations. His work took him to California, Oregon, Washington, and Georgia.

Shaun spent his childhood in the Philippines where he lived for thirteen years. He speaks the national language of the Philippines, Tagalog, fluently. At the age of 15, he began his working career. His first job was as a wrangler at a ranch in Jackson Hole, Wyoming, and he also worked other cattle ranches. He would fly back to the States from the Philippines to work the summer returning home in August each year. In 1978, the same year he returned to the States permanently, he worked on a commercial fishing boat in the Gulf of Mexico. Shaun has a wide variety of experiences, including work at Del-Monte Corp., E.A. Miller Beef, and Trans-Western Airlines.

Much of his spare time is spent following his children's sports games and other interests. He enjoys most outdoor activities including skiing, snowboarding, camping, tennis, and golf – regardless of the score, as well as anything else his kids can come up with.