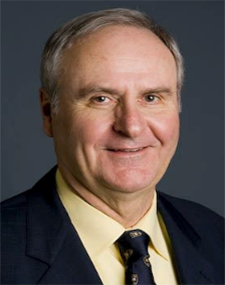 O'Toole received his Doctorate in Social Anthropology from Oxford University, where he was a Rhodes Scholar. He served as a Special Assistant to Secretary of Health, Education and Welfare, Elliot Richardson, as Chairman of the Secretary's Task Force on Work in America, and as Director of Field Investigations for President Nixon's Commission on Campus Unrest. He won a Mitchell Prize for a paper on economic growth policy, has served on the prestigious Board of Editors of the Encyclopaedia Britannica, and was editor of The American Oxonian magazine. He is the author of 18 acclaimed books on leadership and ethics.

At USC he has held the University Associates' Chair of Management and served as Executive Director of the Leadership Institute. He has been editor of New Management magazine and Director of the Twenty-Year Forecast Project (where he interpreted social, political, and economic change for the top management of thirty of the largest US corporations).

From 1994-97 O'Toole was Executive Vice President of the Aspen Institute. He also has served recently as Managing Director of the Booz Allen & Hamilton Strategic Leadership Center, and Chair of the Center's academic Board of Advisors.

In 2007 he was named one of the "100 most influential people in business ethics" by the editors of Ethisphere, and one of "the top 100 thought leaders on leadership" by Leadership Excellence magazine.