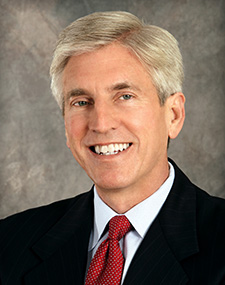 After a distinguished corporate career with some of the world’s most successful and iconic companies, including The Walt Disney Company, PepsiCo, and Honeywell, Steve retired from Disney and the corporate world to begin his second career as a business school professor, consultant, and executive coach in 2018. He is currently President of Milovich Partners, a strategic human capital consulting, advisory and executive coaching company. He is also a Strategic Advisor for The Boston Consulting
Group, an Executive in Residence and Senior Lecturer in The Huntsman School of Business at Utah State University, and a member of the leadership team and faculty of The Hudson Institute of Coaching.

Steve is now intensely focused on developing the talent and potential of the next generation of business leaders and working with leadership teams to achieve their strategic goals. He has a track record of successfully working with leadership teams to drive business results in diverse industries and global business environments – including highly regarded blue chip companies, startups, and a turnaround. He is a highly effective and trusted partner to senior executives and others. He is also known for bringing creative and practical solutions to the organization and human resources challenges facing a company.

Prior to beginning his second career, Steve held several top executive human resource positions with The Walt Disney Company. He was the Senior Vice President of Corporate Human Resources, Organization and Leadership Development with global responsibility for all leadership and employee development, the HR aspects of acquisitions and JVs, organization development, talent planning, employee communications, talent acquisition, and The Disney University. He later assumed the position of Senior Vice President, Global Human Resources, Talent and Workforce Diversity for Disney | ABC Television, with responsibility for all aspects of human resources and executive compensation for the entertainment, news and kids’ networks, channels, studios, and owned television and radio stations. He led numerous initiatives that demonstrably increased the engagement and efficiency of the organization and its workforce, as well as the attraction, development, and retention of key talent at all levels. Steve also served as the strategic advisor on human capital and executive compensation matters for the company’s joint ventures with A+E Networks, Univison, and Hulu.

Steve also was the founding leader of The Walt Disney Company’s employee digital and social media group, which drove the development of digital and social media strategy, products, and tools to increase the engagement, collaboration, and connectedness of employees while reinforcing – and advancing – the Disney culture. In 2006, he was the originator of the concept and subsequent strategy embodied by the phrase: “Companies need to engage their employees in a manner similar to how they engage their consumers; that is, with personalization, simple and intuitive apps and technology, and ease of access.” Many companies and consulting firms today have adopted this workforce approach and strategy.

He has served as a coach and mentor to numerous executives in the U.S, Asia and Europe, helping them improve both their personal and their organization's effectiveness. Throughout his career, Steve has also developed and conducted a variety of organization and executive development workshops.

Steve earned a bachelor's degree in economics from the Jon M. Huntsman School of Business at Utah State University and an executive MBA from Graziadio School of Business and Management at Pepperdine University. He also holds coaching certifications from both The Hudson Institute and The International Coaching Federation.