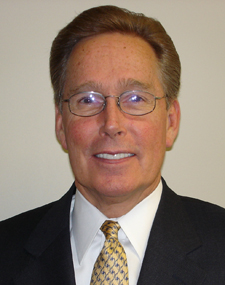 Kurt Larsen is the founder of Resource Management, Inc. (RMI) in Salt Lake City, Utah. Mr. Larsen received his bachelor’s degree in personnel and industrial relations from the Jon M. Huntsman School of Business at Utah State University in 1969 and graduated with a master’s degree in public administration from Ball State University in 1976.
For 10 years, he served as an officer in the United States Army and was involved in the Vietnam conflict where he earned a Bronze Star. He also fulfilled a tour of duty in Europe and was an assistant professor of military science at Brigham Young University.
The former owner of a real estate development company, travel agency, and small manufacturing company, he understands the challenges that individuals deal with in running a small business. He founded Resource Management, Inc (RMI) in 1992 to help small business owners focus more directly on the production side of their company by outsourcing to RMI their administrative, payroll, benefits, human resources, and risk management functions.
Under Mr. Larsen’s leadership, Resource Management has grown to become a company that represents more than 14,000 employees in all 50 states and has gross revenues of $640 million per year. Mr. Larsen was recognized as a finalist for the Ernst & Young’s Entrepreneur of the Year award in 2006. He was one of the founders of what became the Rocky Mountain Chapter of the National Association of Professional Employer Organizations (NAPEO) in 1989 and has been active with NAPEO since that time. He served as a missionary for two years for his church, where he continues to serve as a volunteer.