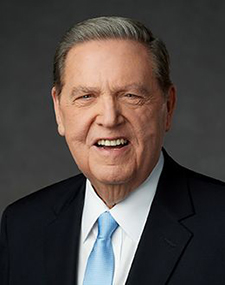 Holland was born and raised in St. George, Utah. After graduating from high school, his college education began at Dixie College and he also served a mission for the LDS Church in Great Britain. After returning from his mission, he transferred to Brigham Young University (BYU) and graduated with a bachelor's degree in English. He later earned a master's degree in Religious Education at BYU. Holland received a second master's degree and later a Ph.D. in American Studies at Yale University. In 1974, Holland was appointed the Dean of Religious Education at BYU and was appointed as the eleventh Commissioner of the Church Educational System two years later, replacing Neal A. Maxwell. In 1980, Holland became the ninth president of BYU, replacing Dallin H. Oaks.