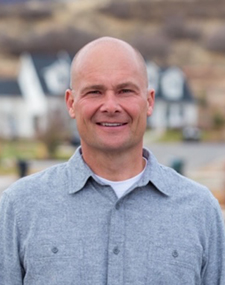 Jon started Kodiak Cakes in 1994 based on his Mother’s suggestion of creating a whole-grain food mix company. At the time, he had completed his bachelor’s degree in accounting from the University of Utah and was working for the OC Tanner Company in Salt Lake City. In 1995, Jon’s brother, Joel, came on board and helped sell Kodiak Cakes in resort towns and gift stores. In 1997, when Jon decided to go back to the University of Utah for an MBA, he turned the tiny company over to his brother Joel who has developed it into a nationally recognized brand. Jon spent the next two decades in healthcare leadership and consulting. He worked for the University of Utah Hospital, Stanford Hospital, Hospital Corporation of America (HCA) as well as three healthcare consulting firms.