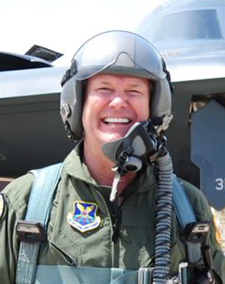 Dan Clark is the founder and CEO of Dan Clark and Associates - an international high performance communications and training company. He is also a professor, award-winning athlete, New York Times best-selling author, recording artist, and one of the most sought after speakers.Since 1982, Dan has spoken to more than 5 million people -- including Fortune 500 companies, world leaders, Super Bowl Champions, and more -- in over 5,500 audiences, in all 50 states, in 60 countries, on 6 continents. He was also inducted into the National Speakers Hall of Fame and named one of the top ten speakers in the world. Dan has also been published in over 50 million books and appeared on over 500 TV and radio programs.

Clark’s inspiring life even includes soaring to the edge of space, flying fighter jets with the Air Force Thunderbirds, and receiving the United States Distinguished Service Medal. Most significant, in 2012, Dan was named Utah Father of the year.