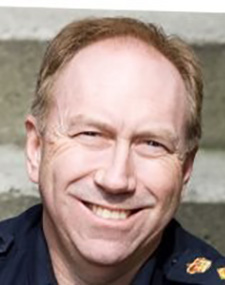 For 30 years, Clapham worked and served in one of the most stressful and demanding public arenas—law enforcement. When he took command of the third-largest Royal Canadian Mounted Police (RCMP) detachment in Canada, located in Richmond, B.C., the organization ran like most bureaucracies—heavy command-and-control management and strict adherence to the status quo. As with previous leadership assignments, Clapham didn’t believe in staying in the box. He and his teams took calculated chances, made mistakes, and forged new paths where others feared to tread. Though difficult at times, Clapham’s unshakable vision created new paradigms of leadership within the traditional environment of policing, not to mention that crime and community problems were significantly decreased.

Public and private organizations face similar challenges: how to successfully break with ineffective paradigms, practices, and principles that tether people and organizations to the status quo. Clapham’s inspiring stories define and describe the paradigm shift needed to move away from the command-and-control style of managing people toward a more proactive, unleashing of talent. He challenges leaders to think again about the effectiveness of their current methods and established rules of engagement.

Clapham has spoken to thousands of people about his unique experiences and how issues of leadership that affect the RCMP are very similar to those that challenge leaders in the ‘real world’. His non-traditional way of thinking and problem solving has made him a sought-after speaker and consultant.