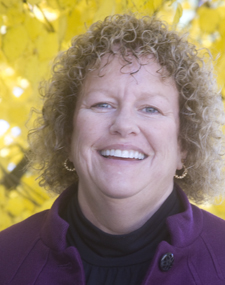 Christine Buckley joined Swire Coca-Cola in 1996 as controller, and she became the chief financial officer in 1999. Swire is the fourth largest Coca-Cola bottler in the United States with more than 1,700 employees and 27 sales centers located in nine western states.

Since joining the company, Buckley has helped promote training aimed at making the workplace safer for employees. She’s also been involved in the reorganization of the receivables area, the creation of the company’s pricing department and she has directed an update to the policies and procedures documentation. She is the company officer over environmental, sustainability and corporate social responsibility.” At Swire, she was the finance leader for the conversion of the general ledger system to SAP, a business software system, which came in on time and on budget. She also strives to create a work environment that is rewarding to both the company and the employees.

Prior to working at Swire, Buckley was at Deloitte in Salt Lake City. Buckley was an audit manager specializing in chemical companies, hospitals and school districts. She is also a certified public accountant and a certified management accountant.

Buckley is the chair of the Utah Beverage Association (UBA), a member of the Board of Directors for the Utah Manufacturing Association and secretary of the Utah Association of Certified Public Accountants. Through her position at UBA, she spends time at the Utah State Legislature and Congress working on issues that affect the soft-drink industry. Buckley is also active in other areas of the soft-drink industry such as being chair of the EHS Committee of the Coca-Cola Bottler’s Association and a member of its Finance Committee.

Buckley attended Utah State University and received her bachelor’s degree in accounting. She also obtained an MBA from The University of Utah. She is a master graduate of the Discover Leadership Training program and completed a Swire Group specific five-week executive education program at INSEAD, a business school based in France.