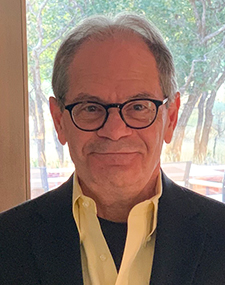 Prior to the sale of the company to ThermoFisher in 2018, Dr. Schneier was Executive Vice President and Chief Talent Officer of Patheon, a $3B public company with headquarters in the Boston area.

Prior to joining Biogen in 2001, Dr. Schneier was again Principal of his own consulting firm. His clients included over 70 of the "Fortune 100" firms, as well as major corporations in Europe and Asia. He served on the Board of Directors of Shawdowpack, an internet/ technology startup.

Dr. Schneier's academic career began at the University of Colorado. He joined the faculty of the University of Maryland, as Assistant Professor, where he was granted tenure in the Smith School of Business. He also received the university’s "Excellence in Teaching" award. He has taught in the business schools of Columbia University, University of Michigan, and Dartmouth College, and has been a guest lecturer at universities in the U.S., Ireland, England, Israel, Australia, New Zealand, Japan, and Brazil.

Dr. Schneier's consulting experience included a long-time affiliation with General Electric, and was also a member of the faculty at GE's Management Institute (Crotonville, NY).

The author, co-author, and/or editor of several books, Dr. Schneier's Personnel Administration: An Experiential/Skill-Building Approach won the "Best Book Award" from the Society for Human Resource Management (SHRM), and has been adopted as a text at over 250 colleges and universities in the U.S., Canada, and Europe. Dr. Schneier has authored or coauthored over 100 articles and papers, published in refereed journals or academic meetings. Four of his articles were given "Best Article" awards by their respective journals.

Dr. Schneier is Chairman of the Board of the Gargiulo Education Center, a nonprofit school for migrant workers’ children in Naples, FL. He is a supporter of Paws animal shelter in Heber City, UT. He is an avid film fan and longtime participant at the Sundance Film Festival. Dr. Schneier lives in Naples, Florida and Heber City Utah.