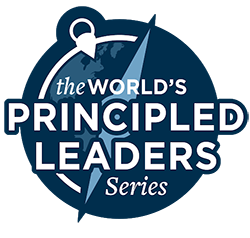 Since 2013, Lisa P. Jackson has been running Apple’s environmental and social policy efforts. As former US EPA Administrator in the Obama Administration and now Apple VP, find out what drives Jackson to use her leadership and expertise to tackle inequality and create opportunities for every American to have an equal shot at prosperity, success, and health.

Aboard the USS Sante Fe, Captain David Marquet realized that the traditional leader-follower environment meant his crew would do anything he said—even if it was wrong. That could be catastrophic. He decided to try Intent-Based Leadership, and he began treating his crew as leaders, not followers, and giving control, not taking control. Santa Fe went from “worst to first,” achieving the highest recognition in the Navy. When Stephen R. Covey spent time aboard the Santa Fe, he referred to it as the most empowering organization he’d ever seen. Hear how Captain Marquet continues to build environments where everyone is a leader.