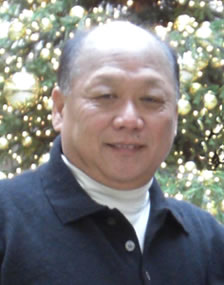 He has been chairman of International Brand Management Consultants Corp. (IBMC), which is also known as "IBMC China AG" since it was incorporated in Switzerland in September of 2007. Its goal is to open fashion brand franchise stores all over China.

The ASAP Global Sourcing Show was the first textile and apparel trade show held in the United States. The trade show helps connect the United States apparel industry with overseas manufacturers. The ASAP Show is held twice a year in Las Vegas and now features hundreds of overseas manufacturers from more than ten countries. It is recognized within the industry as "the authority of apparel global sourcing."

In 2005, ASAP began organizing buying and trade missions. The first China buying trip in May 2005 had 90 buyers from the U.S. and Europe. In November 2005, ASAP arranged a buying trip to Pakistan and Bangladesh. The company has already organized more than ten such trips that help buyers who need to evaluate factories firsthand before placing orders.

ASAP has also organized the Fashion International Trade Show (FITS) that is held in China. That company helps to open the Chinese market to international companies. The easiest way to break into the China domestic market is for companies to license their brands to a local master licensee, franchisee or distributor.

Yuan also established Frenchy's a retail clothing chain store, as well as two men's clothing lines, Knights of Round Table and Uniform Code. The annual volume of the respective clothing lines grew to more than $100 million a year.

He graduated with a Master in Accounting from Utah State University in 1973. He received his Bachelor of Arts degree with a major in economics from Fu Jen Catholic University in Taipei, Taiwan, in 1970.