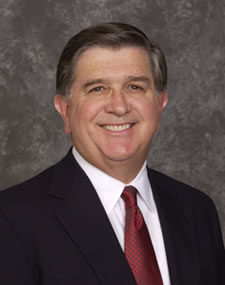 Kenneth Woolley earned a BA in physics from Brigham Young University. He also earned an MBA and doctorate in business administration from Stanford University Graduate School of Business.

When Mr. Woolley was an undergraduate student at BYU, he supported himself, in part, by importing and selling antique English automobiles. When he was in graduate school at Stanford, he worked part-time doing research for a self-storage facility.

He is now the chairman and chief executive officer of Extra Space Storage, Inc., a company he founded in 1979 that has become the country's second largest self-storage company. It was in 1998 that Extra Space Storage shifted its strategy. Instead of developing and selling self-storage facilities, the company started holding on to the storage facilities it bought and managing them.

With the help of $1.8 billion from Prudential Real Estate, Mr. Woolley's company purchased all of Storage USA's properties from General Electric in 2005 for about $2.3 billion. Extra Space Storage now owns or manages nearly 640 properties and more than 425,000 units. The company has more than 2,000 employees with properties in 34 states. Mr. Woolley directs all strategic planning and oversees the development and acquisition activities for the Extra Space Storage.

However, in addition to his self-storage business, Mr. Woolley has had his hand in a number of successful business ventures. After he graduated from Stanford, he worked for the Boston Consulting Group. He's also been an associate professor, and later an adjunct associate professor of business administration, at Brigham Young University where he taught undergraduate and MBA classes in corporate strategy and real estate.

From 1988 to 2005, he developed 13,000 apartments in the Las Vegas area. He is now in the final phase of completing 5,000 apartment-condo conversions in Las Vegas, where he currently resides, and where he has been the single biggest force in the real estate market for the last five years.

In the early 1990s, he started a company called vStar that eventually merged with Megahertz and was bought out by U.S. Robotics. vStar made small modem cards that were once commonly used by laptops.

At one point, he founded an ice cream company, Richmond Foods, in a garage that became the United Kingdom's largest ice cream company. He's also been the founder of several companies in the retail, electronics, food manufacturing, and natural resources industries.

He was an original investor in Jet Blue and now is the largest shareholder of Maxjet, an all-business class airline that has flights going to London from New York, Washington, D.C., and Las Vegas.