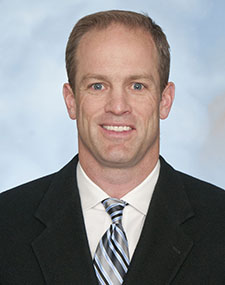 Second-year head coach Matt Wells has wasted little time putting his stamp on the Aggie football program as he led Utah State to the inaugural Mountain West Championship game after winning the Mountain Division of the conference with a 7-1 record in 2013. Mr. Wells also led Utah State to just its second-ever bowl victory as it posted a 21-14 win against No. 24 Northern Illinois in the 2013 San Diego County Credit Union Poinsettia Bowl. For his efforts, Mr. Wells was named the 2013 Mountain West Coach of the Year as he set the school record for wins by a first-year head coach as the Aggies finished the 2013 season with a 9-5 record, tying the 1960 and 1961 teams for the second-most wins in school history.

Overall, Mr. Wells is the second USU coach in as many years and fifth in school history to garner conference coach of the year honors along with Bruce Snyder (1978), Chuck Shelton (1991), John L. Smith (1997) and Gary Andersen (2012). Wells is also the fourth individual to earn MW Coach of the Year honors in his first season along with BYU’s Gary Crowton (2001), Utah’s Urban Meyer (2003) and Air Force’s Troy Calhoun (2007).

Mr. Wells, who is the 11th-youngest head coach at the Football Bowl Subdivision (FBS) level and one of just 12 coaches to lead his alma mater, is just the second Utah State graduate to be appointed its head football coach joining Chris Pella who graduated from USU in 1965 and coached the Aggies from 1983-85.

During his three years at Utah State, Mr. Wells has been part of a Utah State team that went to back-to-back-to-back bowl games for the first time in school history, while posting a 27-13 record.

Mr. Wells, a former Aggie quarterback and three-year letter winner from 1994-96, was a member of two conference championship teams as a student-athlete as he was a redshirt freshman in 1993 when Utah State tied for first in the Big West Conference and defeated Ball State, 42-33, in the Las Vegas Bowl for its first-ever bowl win. As a senior in 1996, Wells helped USU to another share of the Big West Conference title.

Mr. Wells, who has been a part of six bowl teams and two conference championships during his coaching career, came to Utah State after two coaching stints at New Mexico, serving as the Lobos’ wide receivers and kickoff return unit coach in 2010 and its wide receivers coach and recruiting coordinator from 2007 to 2008. In 2009, Wells served as the quarterback's coach and passing game coordinator at Louisville.

Prior to his first stint at New Mexico, Mr. Wells spent five years (2002-06) as the tight ends coach and recruiting coordinator at Tulsa and five years at the U.S. Naval Academy (1997-2001) as its quarterbacks coach, fullbacks coach and wide receivers coach, while also serving as the junior varsity head coach and offensive coordinator for three years.