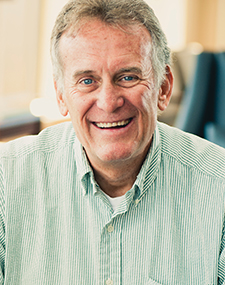 Duane Shaw grew up in the shadows of the big “A” of Old Main and has been an Aggie since his earliest memories. Duane attended elementary and secondary school in Logan and has many fond memories of being involved with Utah State University activities as a child with his family. All six members of his family attended and graduated from Utah State as did five of their six spouses. Aggie pride and spirit runs deep in their family.
Duane is the principal owner and founder of Academy Mortgage Corporation, a national mortgage banking firm with its headquarters in Draper, Utah. Duane started Academy Mortgage in 1988. Academy has over 350 branch offices across the country; and is licensed to originate loans in 49 states and the District of Columbia. Duane is and has been involved with a number of other businesses, including land development, construction of homes, producing thoroughbred horses, an independent insurance agency and real estate investments.
Duane graduated with a Bachelor of Science degree in Finance from Utah State University in 1973 and has worked in the mortgage industry since that time. He began his career at Commercial Security Bank in Salt Lake City. After working for the bank for six years he worked for a savings and loan, a national mortgage banker and a small independent mortgage banker before starting Academy Mortgage.
Duane is married to Marci (Sorensen) Shaw who attended Utah State University in 1972 and has served as the managing member of Dumar, LLC as well as other companies that Duane and Marci have been involved with. Marci has been actively involved in raising a family and serving in their church. Marci and Duane have four married children and 17 grandchildren, some of whom they hope will become “Aggies”.
Duane and Marci currently reside in Draper, Utah. They both have fond memories of their time spent as students at Utah State University and take great pride in the fact that they attended Utah State.