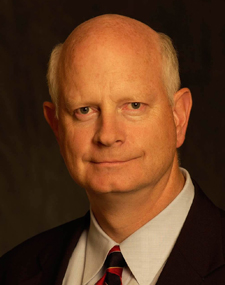 Mr. Rock has served with Wells Fargo and its acquired companies for more than 25 years as an investment banker and manager of a variety of fixed-income groups including public finance, corporate finance, asset-backed finance, institutional sales, and fixed-income trading. He has also served on the board of directors for two securities firms.

He has been a member of the Dealer Bank Association, the American Bankers Association Regional Bank Bond Dealers Planning Group, the Utah Bond Club and the Downtown Alliance of Salt Lake City. He as also been a scoutmaster and varsity scout leader with Boy Scouts of America and now coaches basketball in the Davis County Super League and baseball in the Rocky Mountain School of Baseball League. He and his wife have three sons and one daughter. He enjoys sports, reading, traveling, the theatre, geography and the study of Asian languages.