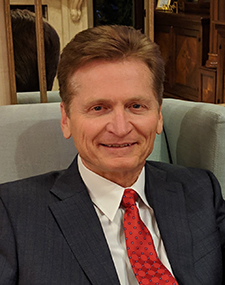 Steve Peterson is the General Partner and Portfolio Manager of Millrock Capital and Millrock Development, founded in 2001. Millrock is a value investor and developer in long-term real estate investments. Prior to co-founding Millrock, Steve founded American International Systems (A.I. Systems) a software developer and leading technology systems integrator. He sold the business in 2001 to a public company, RAND Worldwide, one of the world’s leading providers of professional services and technology to the engineering community.

Steve received a BS in Administrative Systems, Management, and Operations from the Jon M. Huntsman School of Business at Utah State University and serves as a Founders Board Member of the Clark Center for Entrepreneurship. Steve also serves as a Board Member of the Center for Medical Innovation at the University of Utah and National Advisory Board Member at Utah Valley University. In addition, Steve is actively investing in new business startups that involve innovative ideas that tackle important business issues.