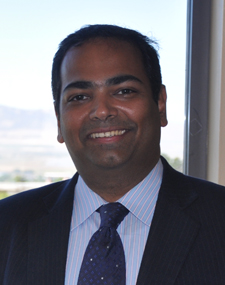 Title: Founder, Chairman of the Board, and CEO

Mr. Nair was raised in India, where he focused his studies in the area of engineering and technology. In 1991, he came to the United States and worked in marketing and technology, initially in Michigan and then in California. In 1998, he founded a computer integration firm in San Jose, California, and later sold this multi-million dollar business to a technology giant in 2003.

In 2003, Mr. Nair relocated to Tampa, Florida, and founded PRoV International. PRoV International is a premier information technology services provider. From its inception in 2003, the company has experienced phenomenal growth by working with industry leaders to resolve business issues through comprehensive IT sourcing, services, and customer-driven solutions.

Mr. Nair is an active member of The Indus Entrepreneurs (TIE), a group of successful Indian entrepreneurs who focuses on ideas to grow businesses and contribute back to their communities.

Mr. Nair holds a bachelor's degree in engineering from Bombay University and a master’s degree in business administration from Utah State University.