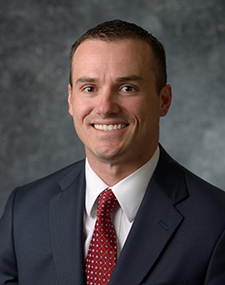 Brady’s start into the world of financial planning started while studying business in the Jon M. Huntsman School of Business at Utah State University. Over the years he has gained perspective and experience in the financial planning industry as an Agent, Certified Financial Planner®, District Manager, Vice President and most recently as President/CEO of a thriving financial services company in Salt Lake City, Utah where he leads an organization of 65 full-time Financial Professionals that manage in excess of $1.3 billion in assets.

Another aspect of Brady’s life includes his love for serving others. Brady has been blessed with 2 sons who have Down syndrome, one biological and one adopted. Since welcoming his two special needs sons into his life, Brady has become very active in the Down syndrome community.

He is the Founder and President of Racing for Orphans with Down Syndrome (RODS), a nonprofit dedicated to helping orphaned children who have Down syndrome find loving homes. Through his and many others' efforts, dozens of orphaned children with Down syndrome have been united with loving families through the sport of triathlon and endurance racing. Brady has completed numerous Ironman triathlon’s, including the Ironman World Championship in Kona, where he and his son were featured on the 2012 NBC Ironman broadcast.

Believing that no amount of professional success can make up for failure in the home, Brady and Andrea Murray consider the opportunity to be parents and raise their 5 children to be their greatest opportunity to make a positive impact in the world.