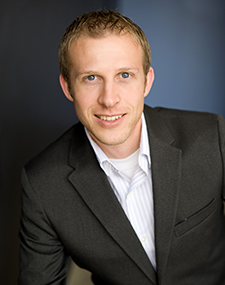 Mr. Martin is a graduate of Weber State University in Business and Technical Sales and in 2012 was named Ernst & Young Entrepreneur of the year. His business, Campus Book Rentals, ranks #17 on the INC 500 list and was named as one of "America's Most Promising Companies" by Forbes.

Campus Book Rentals was founded in 2007 and financed by more than 15 credit cards spread between five friends, CampusBookRentals now makes a 20% profit per book while saving students north of $40 million in the last year. The team is able to generate such healthy margins by using a complex algorithm to predict a book’s life cycle.

Today CampusBookRentals is thriving in the $10 billion college textbook space, serving 1 million customers at 5,500 U.S. colleges. It pioneered an industry that is saving college students as much as half of the typical $1,000 or so they spend annually on textbooks.