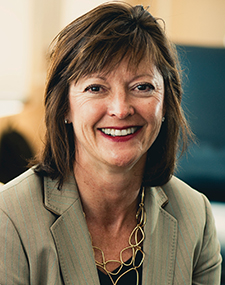 Shauna Carter Mabey was the director of sales and marketing for The Pasha Group when she retired in November 2005 after working for the company for more than nine years. The Pasha Group is a company that specializes in relocation services. Ms. Mabey has more than 23 years of sales and marketing experience, with 17 of those spent in the domestic and global corporate relocation industry. She has personally relocated six times. Most of her career was spent in the San Francisco Bay Area and Chicago.

Ms. Mabey’s early career started as a copier-supply sales person and then progressed to working as a fundraiser for The Easter Seal Society. She worked for various divisions of Ryder Truck Rental from 1984 to 1996, where she was named the "National Sales Person of the Year" for Ryder Move Management in 1991. She became the first female national account manager within Ryder’s Commercial Leasing Division in 1993.

Since retirement, Ms. Mabey has devoted her time to non-profit organizations that focus on the needs of children. She now sits on the board of directors for SaharaCares, Utah Fast Pass and Guadalupe Schools. She is on the USU Jon M. Huntsman School of Business National Advisory Board and the benefit auction committee for The Children’s Center.

Ms. Mabey is married to Tom Mabey, owner of Sahara Inc., and they live in Bountiful, Utah.