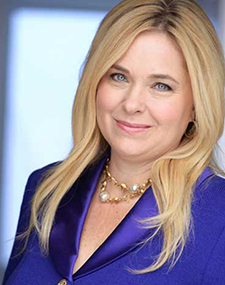 Wendy Keller is an award-winning former journalist, a respected literary agent, an author, speaker and acclaimed book marketing consultant. She got her first job as a newspaper reporter as a 16-year-old college freshman. Since then, Wendy has worked for PR Newswire; the Knight-Ridder newspaper chain; as managing editor of Dateline magazine; and as associate publisher of Los Angeles’ La Gaceta, the second-largest Spanish language weekly at the time. She founded what is now Keller Media, Inc. as “ForthWrite Literary Agency” in 1989, and has sold more than 1,200 books to top publishers.

Wendy was 26 when her own first book was published. Today, she is the author of 31 published books under 9 pseudonyms and 11 self-published books. She has been a featured guest on 53 television programs, including Dr. Phil, Dateline NBC, CBS The Early Show, Hannity and Colmes, Crosstalk, Fox, ABC, and Politically Incorrect. She has been a guest on +500 radio shows, primarily in North America, and has been interviewed/ quoted in The Chicago Tribune, New York Post, The Wall Street Journal, Arizona Republic, Dallas Morning News, Playboy, The Scotsman, Maxim, Parenting, and the Miami Herald.