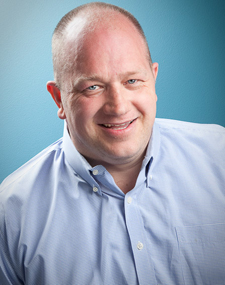 Scott Huskinson co-founded Reminderband Inc. – maker of custom wristbands in November of 2004. As the silicone wristband craze settled, he found a new opportunity in utilizing silicone for iPod cases, iPhone cases, and earbuds. Eventually, he sold the iFrogz portion of the business to ZAGG, a publicly traded company. He retained co-ownership of the Reminderband business.

Scott has continued his entrepreneurial spirit. In October of 2013, he opened the 10th West Scarehouse in Logan, Utah. Less than a year later, he opened Zipz, a hip restaurant in Garden City, Utah (Bear Lake). It made its debut in June of 2014.

Prior to founding Reminderband, he worked as a designer for Swank Inc., a New York-based men's accessories company, helping it brand and develop a line of retail products. He graduated from Utah State University with a bachelor's degree in marketing. Throughout his professional career, he has served on numerous community boards.

Mr. Huskinson and his wife, Jenae, are proud parents of seven children.