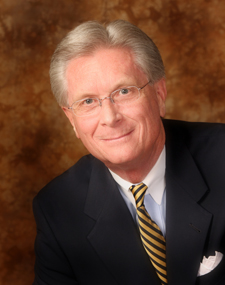 The Center for Entrepreneurial Excellence Founder's Board

Mr. Hall is also the founder, chairman and former CEO of MarketStar Corporation, a global outsourced marketing and sales company with a focus on assisting high technology companies to increase sales through the small to medium business sectors. The company employs several thousand employees and generates billions of dollars in sales for its marquee clientele, including Hewlett--Packard, Cisco, Sony, Intel, and Verizon. MarketStar is owned by Omnicom Group (OMC).

He is an Ernst and Young and Mountain West Capital Network Entrepreneur of the Year recipient.

Mr. Hall is a weekly columnist for Forbes.com. He is also an author, newspaper columnist and frequent public speaker.

He and his wife Jeanne are the chairman and president of the Hall Foundation. The mission of the foundation is that “there be no poor among us.” Alan and Jeanne Hall Aare the parents of six married children and fifteen grandchildren.