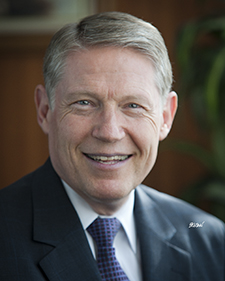 Conan P. Grames is the managing partner in an international law and consulting practice which specializes in pharmaceuticals, biotech, and other high tech industries. He was a partner at Hunton & Williams LLP in Washington, DC, in the firm's Food and Drug Practice Group. Grames made the move to Washington to serve as General Counsel at the Pharmaceutical Research and Manufacturers of America (PhRMA), the trade association that represents the world's leading pharmaceutical research and biotechnology companies. At PhRMA, Mr. Grames provided legal direction and analysis to PhRMA member companies on international, scientific, regulatory, intellectual property, and other biopharmaceutical issues.

Prior to joining PhRMA, Grames was chair of the International Section of the Salt Lake City law firm of Kirton & McConkie, where he established that firm's Health Sciences Practice Group. Earlier in his career, Mr. Grames was Vice President & Senior Counsel (International) for the Bristol-Myers Squibb Company, where he led the International Law Department and was responsible for all of the legal work for the company's $7 billion international business. Mr. Grames began his career at the law firm of Baker & McKenzie where he became a worldwide partner, based in the Tokyo office. He is a graduate of the University of Utah and Harvard Law School. He has lived and worked in Japan for 18 years and is fluent in Japanese.

From 2010 to 2012, Grames and his wife served in Japan as volunteers for The Church of Jesus Christ of Latter-day Saints where they directed public affairs in the Asia North Area (Japan, Korea, Guam, and Micronesia). In that capacity, they were intimately involved with the emergency relief and humanitarian recovery effort following the earthquake and tsunami in Japan. They presided over the Sendai Mission of the Church from 1999-2002. They just celebrated 40 years of marriage and have six children and nine grandchildren.