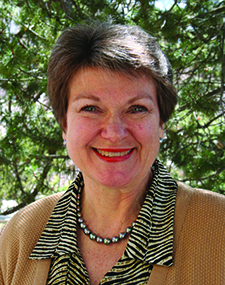 When Beth Corliss retired in 2004, she had achieved a civilian rank in the Pentagon equal to that of a two-star general. She was in charge of all the education and training for the United States Air Force and managed a budget of $2.2 billion.

Ms. Corliss graduated with a bachelor's degree in European history from the Colorado College in 1969. After teaching high school, she eventually chose to go to work for the Air Force, as a civilian. She started as a trainee in personnel, working in classification at Wright-Patterson Air Force base in Dayton, Ohio, in 1973. During her career, her promotions were consistent as she moved to where she was needed and took on more responsibilities until her retirement.

It was in 1989 that she became a personnel officer at Hill Air Force base in Ogden, Utah, responsible for more than 15,000 employees. It was while in Ogden that she came to Utah State University to get her master's degree in human resource management. In 1995, Ms. Corliss was transferred to the Pentagon in Washington, D.C., where she began dealing with military personnel issues, as well as Air Force long-term planning and budgeting.

In 1997, she became deputy director of personnel for the Air Education and Training Command at Randolph Air Force Base in San Antonio, Texas. In this capacity, she worked with 26 bases across the U.S., in all aspects of Air Force personnel for both military and civilian personnel. In March of 1999, she was selected for the Senior Executive Service and became director of personnel force development at the Pentagon for the Air Force. After 2002, she also served as an Air Force special advisor, leadership development studies, at the Federal Executive Institute in Charlottesville, Virginia.