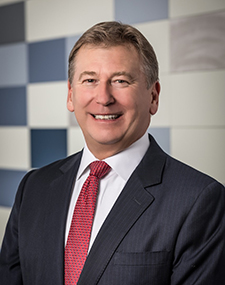 Brian Coffman is President and CEO of Motiva Enterprises LLC, an energy manufacturing, marketing and logistics company, and a wholly owned affiliate of Aramco. Coffman has held this position since January of 2018. He has more than 36 years of industry experience in operating and executive leadership positions within the petroleum industry, having worked in Venezuela, the United Kingdom and various locations throughout the United States.

Prior to joining Motiva Enterprises, Coffman served as senior vice president, Refining, for Andeavor (formerly Tesoro) leading the operation of 10 refineries located throughout the western United States from 2013 through 2017.

Coffman received a Bachelor of Science in Finance from Brigham Young University in 1982, and a Masters of Business Administration from Utah State University in 1983. Following high school, he served in the United States Air Force and active Utah Air National Guard from 1975 to 1983.

He married his high school sweetheart, Lily Munro, in 1977 and together they have four children and 15 grandchildren.