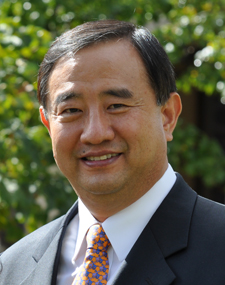 After graduation, he returned to Korea with his family and worked at Data General Korea Ltd. as a technical consultant, sales administration manager, marketing manager, technical support manager and sales manager from 1989 to 1997. He worked at CDC & MBS Venture Capital Co., Ltd., as managing director in 1998. He then became the regional manager for temporal affairs of The Church of Jesus Christ of Latter-day Saints in Korea in 1998.

Elder Choi was then invited to become a member of the First Quorum of the Seventy for the LDS Church in April of 2009, a full-time service assignment.

As a young man, he served as a full-time missionary in the Busan mission from 1977 to 1978 and in the Seoul mission from 1981 to 1982. The reason he served as a full-time missionary during two different periods was that he was drafted to serve in the army at Capital Defense Head Quarters in 1978. In September 1982, after he completed his second mission, he married Koo Bon Kyung and they now have three sons: Sun Beam, Sun Woong and Sun Yoon.