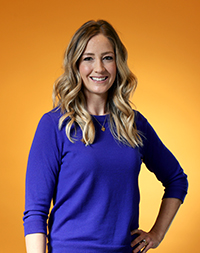 Amanda Butterfield is the director of public relations at Woodbury Corporation, and she is the first to hold this position in the company’s 100-year history. Amanda’s top priorities include building positive relationships within the communities the company invests in; highlighting the variety of retail, commercial and/or mixed-use properties the company develops; and building relationships with local and regional leaders and media. She is also heavily involved in the planning and execution of the company’s annual Woodbury Capital Fund’s investors’ conference.
Prior to coming to Woodbury Corporation, Amanda was a vice president at Method Communications. Amanda’s strong story recognition and development capabilities resulted in a steady stream of quality stories in top media outlets such as CNN, The New York Times, TechCrunch, USA Today and The Wall Street Journal, as well as strategically targeted regional media across the country.
Before Amanda began her career in public relations, she spent 10 years as an award-winning evening news anchor and reporter in Oregon and Utah, including seven years at KSL-TV, which was then the No. 1 ranked station in the market. High-profile stories she covered included the 2008 Beijing Summer Olympics, the 2010 Vancouver Winter Olympics, and Amanda was the only reporter to get an interview with superstar David Beckham when Real Madrid came to Real Salt Lake in 2006 to play in a friendly match.
Amanda holds a bachelor’s degree in journalism from Utah State University, where she also played soccer.