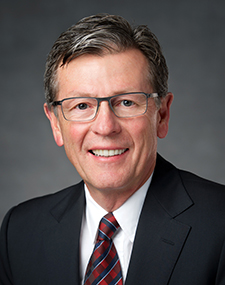 Jonathan W. Bullen formed Colmena Group in 2008 and serves as the company’s President and CEO. Throughout his career, Jonathan has amassed tremendous experience with acquisition, financing, redevelopment, restructuring, and sale of real estate throughout the Intermountain West. Prior to the formation of Colmena Group, he has been a long-term investor of commercial real estate assets. He first began investing in real estate in 1984 and is a founding member and major investor of Wasatch Premier Properties, which started in 1990. Wasatch Properties began during the problematic S&L crisis and subsequent government RTC bailout program. Starting as an acquisition strategy, this portfolio now is comprised of over 10,000 apartment units and roughly 2 million square feet of office space across the western states. Jonathan is a Founding General Partner and serves on the investment committee of Woodbury Strategic Partners (WSP), a value-add commercial real estate investment vehicle which was formed to acquire and develop commercial real estate assets throughout the western region of the United States. WSP has dedicated equity capital in excess of $140 million, $500 million of purchasing power, which it will use to create a portfolio of 20-30 income producing commercial real estate assets. WSP anticipates approximately 70% of its portfolio will result from value added existing asset acquisitions and 30% new development opportunities.

In addition to his real estate experience, Jonathan has owned and managed businesses for more than 30 years in the fields of telecommunications, proprietary career education, and the health & fitness industry. Jonathan currently serves as the CEO & President of the Eagle Gate College Group, which has four campuses in Utah. Under Jonathan’s ownership and direction, the school’s student population has grown from 200 to over 1,200. Jonathan served as an elected director of the Career College Association from 2006-2008. In addition, Jonathan has served as Executive Director of the Capitol Arts Alliance, which is a public-private partnership that renovated a historic theater and constructed an arts center in Logan, Utah. Duties included fundraising, master planning, lease negotiations, public relations, and operations management. Jonathan received a BS in Business Administration and Minor in Economics from Utah State University.