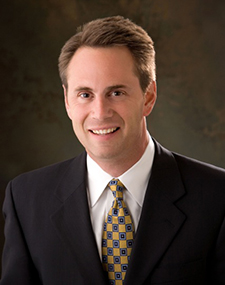 Steve Bain has served as the President of Simply Mac since the company was founded in August of 2006. Since inception, Bain has managed the overall strategic objectives, vision and leadership of Simply Mac. Bain also currently serves as a member of the National Reseller Advisory Board for Apple and was appointed as the chairman of this board in January 2012.

Bain has worked in the wireless and consumer technology industries for the past 20 years, including 4 years at T-Mobile USA where he served as the Channel Director of National Retail Field Sales, managing over 6000 national retail and prepaid locations across the country.

Prior to T-Mobile, Bain worked as Director of Business Development and Vice President of Retail Sales at ePhones, a wireless products company. Mr. Bain began his career in the wireless phone industry in 1992 through employment with Cellular ONE and later was the President and Co-Founder of Utah Cellular and Communications, the first chain of Cellular ONE/AT&T Wireless retail dealer locations in the Salt Lake market.